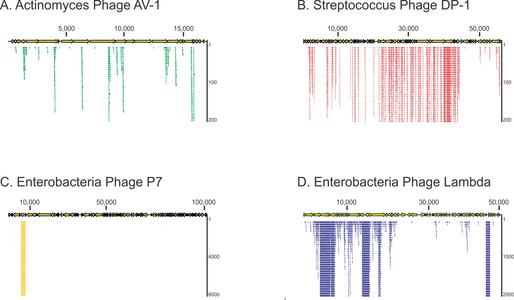 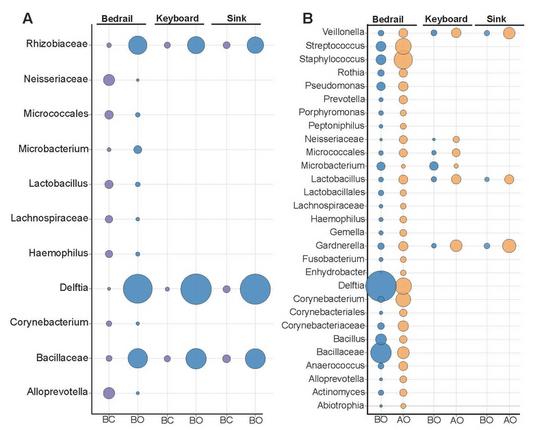 We published the first study discovering the presence of robust communities of viruses inhabiting the human urinary tract. We found that the viral communities were composed largely of bacteriophage and papillomaviruses. Interestingly, none of the subjects recruited in this study had any prior diagnosis of papillomavirus infections, yet papillomaviruses were found in them all. None of the papillomavirus genotypes represented high risk genotypes associated with various cancers. There was no effect of urinary tract infections on the compositions of these viromes in terms of diversity nor the pathogen causing the infection. While we had expected that in subjects with E. coli urinary tract infections, we would find an abundance of E. coli phage, that was not the case.
https://www.ncbi.nlm.nih.gov/pubmed/25667584​

We wanted to discern the effects of short courses of antibiotics on the microbiomes of individuals and their close contacts over long time periods. We chose the 2 most commonly prescribed antibiotics in the USA, and found that even 3 day courses of commonly prescribed antibiotics can result in significant alterations in alpha diversity in the gut microbiome 6 months later. Most of the diversity changes occurred within the first few days and were sustained despite the discontinuation of antibiotics. We found that there likely were collateral effects for antibiotic use within a household, where the housemates of individuals taking azithromycin also experiences sustained decreases in their gut microbiota diversity over the same time periods. We found significant effects of these commonly prescribed antibiotics in the mouth and in the gut, but much less diversity shifts on the skin when exposed to these antibiotics. We also identified significant sharing of bacterial biota in the gut, mouth, and on the skin of all subjects in the study.

We characterized the viromes present in breast milk from a cohort of mother/infant pairs. we found that there are robust communities of viruses in breast milk, most of which were bacteriophages. We found that the viromes of breast milk were distinct from those of infant feces, but that there was evidence of abundant sharing of viruses between the two. We believe the sharing is most likely the result of the infant ingesting the milk, as each infant in these mother/infant pairs was breastfed. The viromes of breast milk were relatively distinct from those found on other body surfaces. 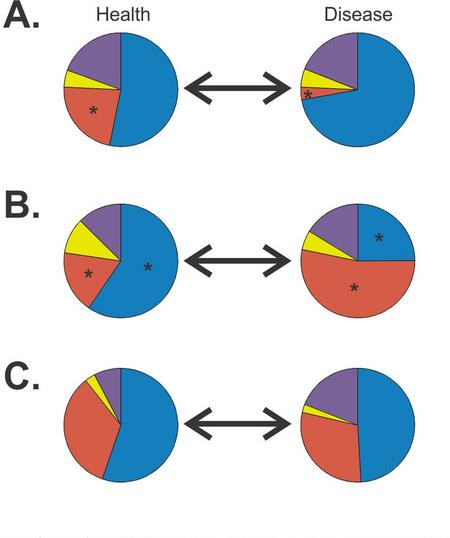 Viruses are shared and transmitted rapidly between housemates 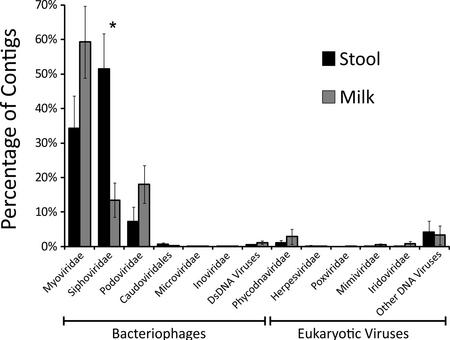 We published the first study detailing the sharing of viruses with our close contacts. We studied different households and characterized the viruses in the saliva of these individuals. We found that the viruses within a household were significantly associated with that household regardless of how long the individuals had been living together. We also analyzed CRISPRs in this study and found an even stronger association between CRISPR repertoires and households, which indicates that not only do close contacts share viruses, but there also is evidence of shared virus encounters in their CRISPR systems. Some of the CRISPR sharing probably also is due to shared bacteria containing the same CRISPR loci, but not all.

We took quite a turn with this paper. We characterized the gene expression of the pathogen Staphylococcus aureus in the blood of human subjects, some of which with severe sepsis. We wanted to characterize the different responses that we actually see of this pathogen in humans than we see in vitro. We identified limited gene expression in the patients when compared to in vitro, with many genes essentially turned off in patients. The unique part of this study was how we characterized the gene expression. We did so without a separate in vitro culture step, so these strains are straight from the patients blood with no laboratory adaptation. We were surprised to find that staphylococcal phage were inhibited in human blood, as we originally thought the stress of humans would lead most staphylococcal phage to become lytic.
https://www.ncbi.nlm.nih.gov/pubmed/26074882​ 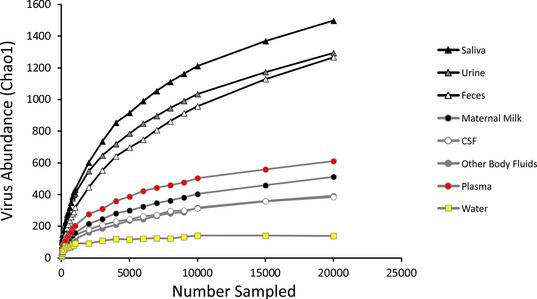 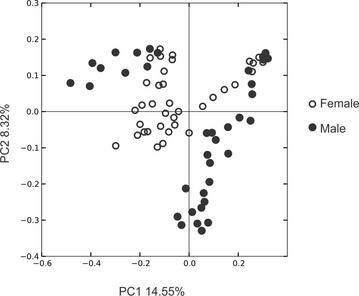 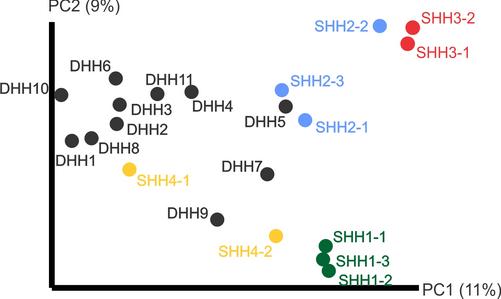 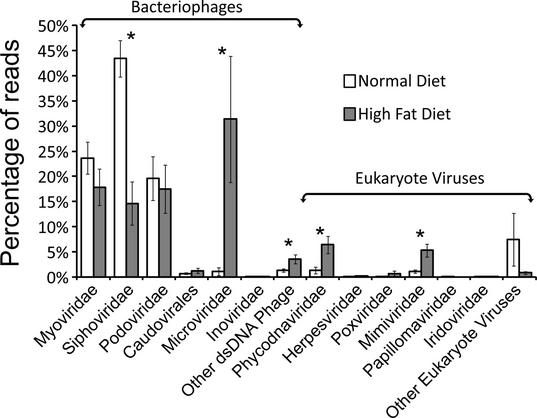 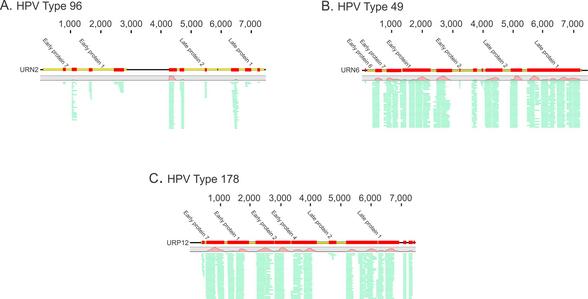 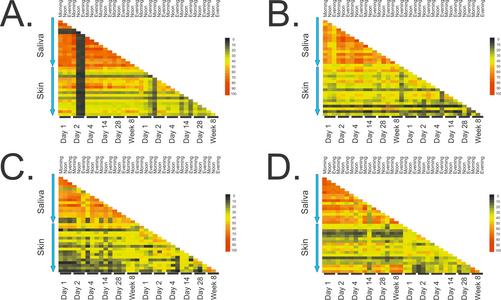 We were presented a unique situation to characterize the microbiome of a hospital ICU that was closed for renovations and later reopened. We were able to sample this ICU prior to renovation, during renovations, and after the ICU reopened. We collected swabs from bedrails, computer keyboards, and the sinks in various rooms throughout the ICU. We found that there was a significant drop in alpha diversity in the ICU after closing, and did not recover to its prior baseline even 2 months after reopening. The microbiota was significantly associated with renovation stage throughout the study. We found that human-associated microbes were predominant before closure and after reopening, but there were dramatic shifts to environmental microbiota during renovations.

Conservation of CRISPRs on skin and saliva​

Long-term effects of antibiotics on individuals and their housemates

We characterized the transcription of CRISPRs in the human oral cavity to decipher whether most of the CRISPR loci present actually are transcribed. We found that of the thousands of different loci we evaluated, we could find evidence that 88% of the spacers in those loci were expressed. There were some highly expressed CRISPRs, which may have been in response to the corresponding presence of matching viruses.

We recruited and sampled the saliva of a cohort of individuals at various time points over a 60 day period. We found that human oral viruses were remarkably persistent over the entire time period, dispelling the notion that viruses are transient members of the human microbiome. We also found that viruses were highly personalized features of each individual's microbiome. While there were significant numbers of shared viruses between different individuals, there were significant numbers of viruses that were unique to individuals in this study. Lastly, we found that there were identifiable differences in the virome contents based on the sex of each subject studied.

We performed this study to determine whether viruses may be shared and transmitted within a household. We recruited individuals and their housemates on a college campus and characterized virus-sharing over time. We found that each person in a household had individual-specific features to their viromes. We also identified that there were household-specific patterns that emerged rapidly indicating that viruses were shared rapidly within a household. We could identify putative virus transmissions within households, and the pattern of transmissions suggested that individuals who take antibiotics may be more likely to acquire viruses compared to those who do not take antibiotics. 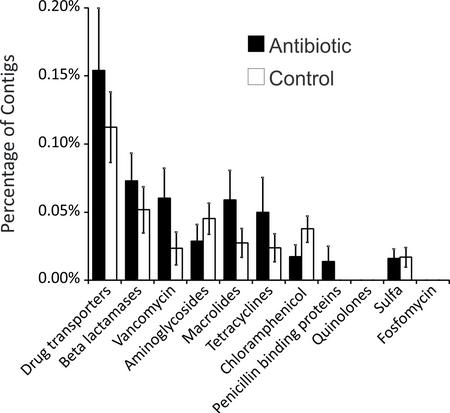 We identified the presence of a virome present in cerebrospinal fluid, which was previously was thought widely to be devoid of microorganisms. We demonstrated that there are substantial numbers of viruses present, many of which are bacteriophages. We don't know how these viruses got here, but we suspect they arrived by  transcytosis. As such, the presence of at least some of these viruses may be a dead end in the CSF. We also showed that there are high diversity viromes in the human body and low diversity viromes, which we term ecological clusters. CSF, blood plasma, breast milk, and other miscellaneous body fluids belonged to the low diversity cluster, while saliva, urine, and feces belonged to the high diversity clusters. 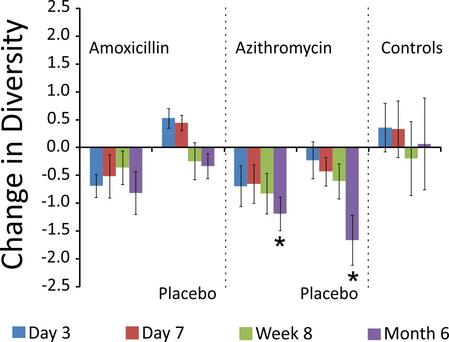 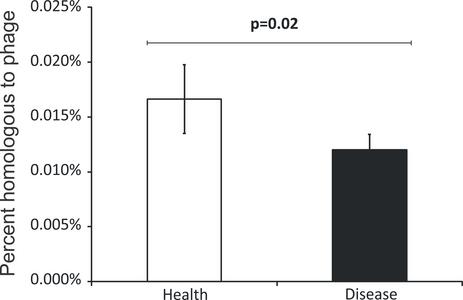 Viruses in dental plaque are associated with periodontal disease​ 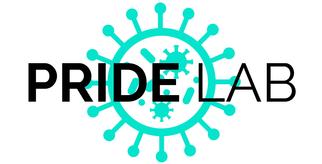 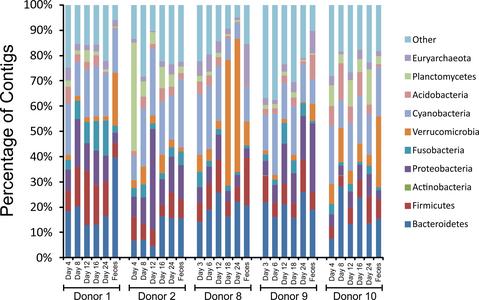 Viruses shared within a household​